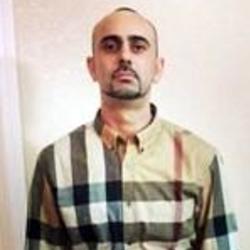 Authorities say a man was found dead inside a Kansas City, Kansas home after a nearly four-hour standoff with law enforcement officers.

Kansas City, Kansas police say in a news release the standoff began Wednesday evening when U.S. Marshals tried to serve a fugitive arrest warrant at the house. The suspect exchanged gunfire with law enforcement officers and barricaded himself inside the home. No officers or marshals were injured.

After several attempts to make contact with the suspect, the Kansas City, Kansas, special operations unit entered the home early Thursday and found the man dead of an apparent gunshot wound inside a closet.

The suspect's name was not released. He was described as a Hispanic in his 30s.