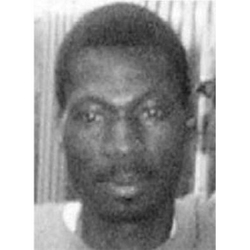 Zongo was shot four times (twice in the back) by officer Bryan Conroy during a police raid in a storage facility where Zongo worked. Zongo was unarmed and his business (art and musical instrument reparation) had nothing to do with what the police were investigating (CD and DVD piracy). Aftermath: Conroy was convicted of criminally negligent homicide. He received five years probation and lost his job. Zongo's family received $3 million in a wrongful death suit.