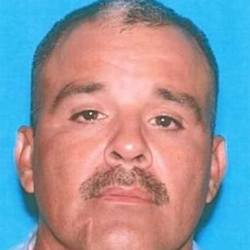 Oscar Ruiz died Saturday after police took him into custody with the use of a Taser while responding to reports he was acting strangely along Ramona Boulevard, officials said. The incident began about 3:30 p.m. when officers responded to a gas station in Baldwin Park after someone reported the man was lying on the sidewalk. The man, who was reported to be in his 40s, was calm when officers arrived but witnesses directed them to a parking lot across the street. “When officers arrived, they were told that the suspect had stolen a large American flag and flag pole from a gas station and had been swinging it at cars and people in the area,” deputy Crystal Hernandez of the Sheriff’s Information Bureau said. The man ran from police who chased him across the city border to Ramona Boulevard and Schabarum Avenue in Irwindale while still clutching the flagpole and a struggle ensued, Hernandez said. Officers used a Taser to subdue the suspect and get him into custody. Once he was handcuffed police noticed he was no longer responsive. The suspect was transported to a local hospital where he was pronounced dead.