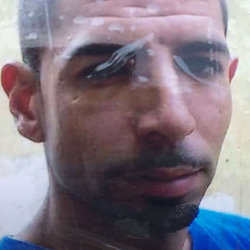 Friday night, two Camden police officers fatally shot a distraught 33-year-old man who aimed a handgun at them in an apparent act of "suicide by police" after telling a 911 operator he wanted to die in a shootout, authorities said. The deadly confrontation around 11:20 p.m. in the city's Cramer Hill neighborhood capped a particularly dramatic week for the Camden County Police Department in which one officer was shot by a suspect and two other officers arrested a man walking around the city with a loaded handgun tucked in his waistband. Oscar Camacho of Camden was suicidal and intentionally prompted officers to shoot him, county spokesman Dan Keashen said. On July 10, 2015, police announced that in contrast to their first report, Camacho was holding a bb gun, not a revolver.