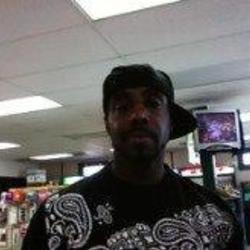 The scissors-wielding ex-con fatally shot by cops at a Brooklyn apartment had been drinking — and had a physical confrontation with cops several years ago, police sources said Monday.

Osbourne Broadie, 39, also had an extensive rap sheet: 13 arrests — eight in New York, four in Houston and one in South Carolina, cops said.

Broadie had been drinking in the hours before he clutched scissors and attacked police at an apartment in Prospect-Lefferts Gardens about 8:30 p.m. Sunday.

Cops who arrived at the Clarkson Ave. building found Broadie’s girlfriend, Tameka Washington, 38, in the building’s lobby; she had been stabbed once in the chest. They quickly found Broadie and demanded he drop the scissors, but he lunged at them, cops said. Officers fired multiple times, cops said.