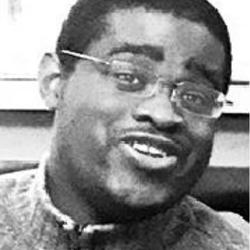 According to a police search warrant obtained by 6 News, on Tuesday, a father who lives out of town was worried about his son, 29-year-old Osaze Osagie, who he told police had been acting erratically for a couple of weeks and could possibly be off his medication.

The father showed police text messages that showed Osagie made threats to himself and others, the warrant says.

Wednesday afternoon, officers with the State College Police Department responded to Osagie’s home at Marvin Gardens on Old Boalsburg Road after he was seen nearby, according to the warrant.

Police say when they arrived to the apartment, Osagie confronted officers with a knife and ignored commands to drop it.

The warrant says Osagie came after the officers and that’s when police shot and killed him.  The involved borough officers were placed on administrative leave pending the outcome of the investigation.

Centre County Coroner Scott Sayers classifed the case as a homicide after conducting the autopsy.  He declined to comment on the number or locations of the wounds and deferred all questions to the state police and District Attorney.  However, a public information officer with the state police department said he could not reveal that information because of a “pretty lengthy and involved investigation.”

Pennsylvania State Police Sgt. William Slaton, a commander within the Equality and Inclusion Office, attended a candlelight vigil for Osage and met with community leaders.

“With this investigation, I just want to reassure the community that I am going to be taking a look at the investigation to make sure everything was conducted thoroughly,” Slaton said to reporters. “We handle incidents similar to this quite often for local police departments that request our assistance.”

Slaton pledged transparency and also noted that he had his hands full with another high profile police killing in the state but promised to cover this one as well.