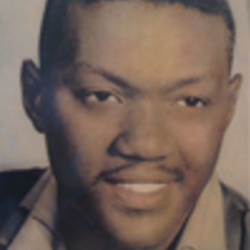 On June 2, 1965, Oneal Moore was marking his one-year anniversary as the first African-American police officer in Washington Parish in Louisiana. Oneal and his partner, Creed Rogers, a black officer who began his appointment at the same time as Moore, were on their way to Oneal’s home to eat dinner together at the end of their shift. They were in their patrol car when a pickup truck with three men inside approached the officers. Shots were fired, and one hit Moore in the head, killing him instantly, while another struck Rogers, blinding him. No one was ever formally charged, despite the case being reopened three times by the FBI.

The prime suspect died in 2003. Moore’s widow remains in Hattiesburg, still residing in the same home she kept with her husband. Moore also left behind four daughters, aged nine years down to less than a year of age. In 2013, a memorial was planned in Moore’s honor, and also to remember all the other fallen police officers from the area.