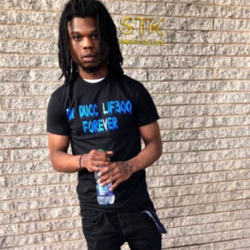 Police say it all began when a man was shot and killed at the Sharon Court apartment complex on July 14. The suspects are identified as 15-year-old Myzle Ford and 20-year-old Dickinson.

Police say they lured the victim, 30-year-old Joshua Antonio Makhanda-Lopez of Mt. Oliver, on the pretext of a drug deal, but with the intent of robbing him.

After the murder, police tracked Ford and Dickinson to a house on Frankstown Road.

Ford surrendered, but Dickinson refused to come out of the home. Police went inside and found him hiding in a basement storage room.

Penn Hills officer Jared Rothert approached the door and tripped over debris, which probably saved his life, as three shots were fired by Dickinson.

The officers returned fire and Dickinson was fatally wounded.

Police recovered two guns at the scene, including the revolver that was fired at Officer Rothert, who is recovering from a broken knee and sprained ankle suffered in the shootout.

August 2019 Killer cop not being charged