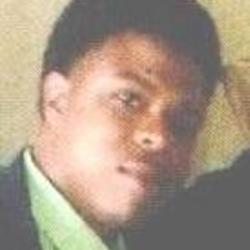 Authorities said Jackson was shot after he fled from — and fired at — police late Wednesday, an incident they said was captured on an officer’s body camera. Officers Matthew Bencik and Devin Ashmore approached a parked Chevy Avalanche truck at La Salle and Josephine streets about 11 p.m. after noticing damage to the front of the car and smoke coming from the engine, police said. Three people who were inside the vehicle fled, police said, including two who got away and remain at large. Jackson ran down Josephine Street, pulled out a gun and opened fire on the officers, causing Bencik to shoot him, Police Superintendent Michael Harrison said Thursday.

"What it helps us with is, instead of having to depend on people's recollection or testimony, we have the video evidence that will show us from beginning to the end," said Westbrook. "I commend this officer for turning his camera on, immediately."

"I know he wouldn't fire on police," said Wilson. "I don't think he had no gun."

Wilson said the NOPD should release the body camera video.

On March 30, 2016, police the bodycam video (embedded below) of this incident.

January 2015 The death of a man shot Wednesday by a New Orleans police officer has been "medically classified as a homicide," the Orleans Parish Coroner's office said.