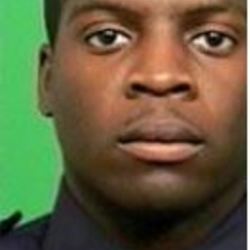 Off duty police officer shot dead by a NYPD cop as he was trying to stop someone from breaking into his car; Arbitrary Killing, Extra Judicial Punishment, Summary Execution

So, what is the process under which an officer, often young and presented with an adrenaline-filled situation, is trained to react with a threat of force (to kill you, if need be)? Once a threat has been determined, cops are taught to use The Ladder of Escalation, also known as the Use of Force Continuum, a steady escalation tactic in dealing with potential threats.(8) Verbal Warnings are given, persuasion tactics used, threats of arrest, threats of forcible consent, and then lethal force, are condoned after a step-by-step process. The actual wording of these maneuvers can take several forms (verbal direction coming first, and then “soft, empty hands” others having “pain compliance” and “take-down” listed) but in all cases the ladder terminates in the use of lethal force.

The Ladder was initially instigated for cops appearing before police review boards. It became an “objective” way for institutions to determine if a shoot was “justified:” Did the police in question follow the steps in order? Were steps skipped? An officer’s presence, the first step in most escalation manuals, is sometimes enough to keep things from getting worse.

A white police officer who killed an off-duty black colleague in a friendly fire incident that raised questions about racial profiling will not face criminal charges, prosecutors said Thursday.

After hearing from 20 witnesses and examining 68 documents, a grand jury voted not to indict Officer Andrew Dunton in the May 28 shooting of Officer Omar Edwards on a dark street, Manhattan District Attorney Robert Morgenthau said.

Edwards, 25, had drawn his gun and was chasing a man who had broken into his car. Dunton apparently mistook the off-duty officer for an armed suspect and shot him.

Since then, some civil rights advocates have charged that race was a factor in the shooting.