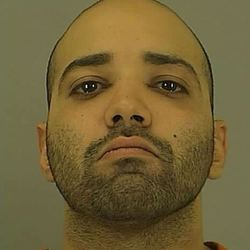 Omar Ali, 27, a hookah bar owner, died at Akron City Hospital from the gunshot wound he suffered on Sept. 21 during a police raid at his Hookah House in the 700 block of South Canton Road, according to police. The Summit County Medical Examiner has not yet officially ruled on Ali's death.

The incident began when the 26-year-old mother of Ali's child accused Ali of choking her at the bar. The woman told police that Ali became enraged about 4 p.m. over a cellphone the woman was using. Ali hit her in the face, choked her and threatened to kill her if she called police, according to investigators. The woman ran down the street and called police. She refused medical attention for the neck injuries the officers observed.

Officers went to the hookah bar but Ali refused to open the door. Akron drug detectives, who were already investigating Ali on suspicion of selling drugs at the bar, and a SWAT team raided the business about 8 p.m. Investigators broke down the front door and ordered Ali to come out with his hands in the air. Officers found Ali in the main room of the business. He refused to comply with officer's orders and reached into his back waistband, police said. An officer fired one shot, which struck Ali in the torso.