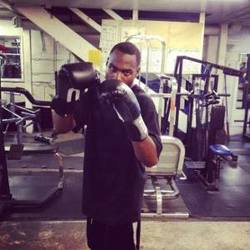 The facts argued by SFPD do not add up. We do not believe O’Shaine threatened anyone, let alone by pointing an unloaded gun at Officer Goff. The narrative presented by Chief Suhr is not believable. Specifically…

When police departments collect guns at crime scenes, the weapons are held as evidence. Thus, stolen guns are easy for cops to acquire. Was this gun placed by SFPD in the crime scene?

Least of all we do not believe that O’Shaine would point a gun at Officer Goff, when as SFPD claims:
(a) Officer Goff identified himself as a police officer to O’Shaine,
(b) Officer Goff was pointing a loaded gun at O’Shaine, and
(c) O’Shaine knew himself to be sitting defenseless in his mother’s car with an unloaded gun.

Police version of events about O’Shaine threatening Officer Goff with an unloaded gun make no sense at all. We believe SFPD is involved in a cover-up of the facts of the shooting that resulted in O’Shaine’s death. We are seeking truth and justice for O’Shaine Evans.