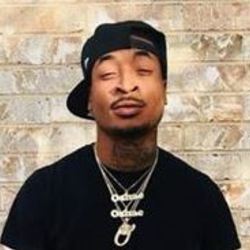 According to law enforcement he was pulled over for expired registration. The traffic stop led to a prolonged investigation that allegedly escalated when O’Shae promptly began to roll up his windows and attempted to drive off. An APD officer stuck his arm in the window causing him to be pulled by the vehicle. He then allegedly drew his weapon and began firing into the car striking the driver several times. O’Shae later died from his injuries.

Transparency: This is our repeated mantra. We don’t believe you. APD you don’t have a great track record for telling the truth. Tax payer funded body and dash cam footage captured exactly what happened. Release it. You have the authority to release evidence in this case. That is demonstrated by the fact you have readily volunteered evidence of the victim’s criminality. APD has provided a photograph of a gun and a detailed inventory of drugs recovered from the car.

Here’s the thing, police forces all over the country, all over the world really, go about the task of enforcing the law. It is unimpressive in doing so that they occasionally come into contact with law breakers (sometimes even non compliant law breakers). The challenge is managing to enforce the law— without breaking them yourselves. It’s not terribly difficult, actually, as every other modern nation on planet earth manages to enforce laws without killing even a fraction of the amount of citizens American police kill each year.

We don’t require citizens to be non law breakers in order to have the right to live. In fact we empower police officers to enforce the law against these law breakers under strict protocol for when and when not to employ the use of force.

With that in mind— kindly direct your comments, evidence and investigation to how this officer failed or did not fail to comply with those set standards and the consequences for such deviation.

We don’t empower law enforcement to kill citizens who break the law unnecessarily. We don’t tolerate it. It is unacceptable. It is offensive to the tenets of our democracy. It is a violation of our constitution. It is repugnant behavior by those in a position of public trust. It is criminal.

At 5 pm Friday afternoon, October 19, 2018, the police department announced that the officer who stopped Terry is Julie Herlihy and the back-up officer who was involved in the shooting was Bau Tran.

Attorney Lee Merritt said over a month after the killing, at a community meeting held by the NAACP in Arlington that police have talked to Terrance Harmon about the traffic stop but not the shooting of his childhood friend, 24-year-old O'Shae Terry.

On May 3, 2019, it was reported that a grand jury in Tarrant County, Tex., indicted the police officer who shot and killed Terry. Police officer Bau Tran was fired days after he was charged with criminally negligent homicide according to the Associated Press.