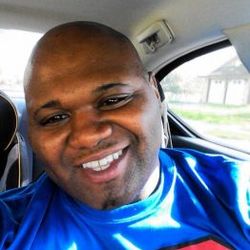 Norman Cooper, 33, died Sunday around 2:30 a.m. following a disturbance in the 4800 block of Legend Well Drive on the far North Side. SAPD officers responded to a family disturbance call, but said Cooper became aggressive as he was being escorted out of the home. SAPD officials said officers were forced to deploy their Tasers, but Cooper removed the probes shot from the device. Officers used their Taser weapon on Cooper a second time and he became unresponsive, SAPD officials said. Paramedics responded, but Cooper was pronounced dead at the scene. The two San Antonio police officers involved in the incident were placed on administrative duty while the department investigates the details surrounding Cooper's death.