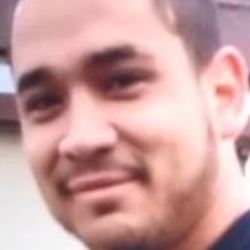 Aerial video showed several patrol vehicles at the location and evidence markers on the ground in an alley behind an apartment building.

The subject involved in the confrontation with the deputy died at the scene.

Neighbors described the suspect as a good guy who was planning to finish college.

The shooting happened near the border of Long Beach and Compton, where community members said they worry about officer-involved shootings.

Attorneys for the Aguilar’s family have filed suit against the Los Angeles County Sheriffs Department and the deputies who were involved, Albert Murad and Jose Ruiz.

Sheriff’s officials have said Aguilar reached for one of the deputies’ guns. It is not clear from the video who fires the weapon, but one deputy was hit in the abdomen by a single shot. The video shows the injured deputy then shooting Aguilar three times in the back.

The incident remains under investigation by several law enforcement agencies.