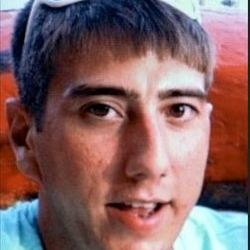 On the way to the Pearland jail, police said, Silva complained his wrist had been injured during his arrest and he had landed on his face when the officers tackled him. After Pearland EMS staff evaluated him at the jail he was taken to Memorial Hermann Southeast, 11800 Astoria, where a uniformed Pearland police officer was assigned to guard him.

Houston police said Silva was handcuffed to his bed, but somehow got out of the restraints and walked down the hall. The officer who was assigned to guard him followed and ordered him to stop. Silva instead dashed from the hospital, ran across the parking lot and jumped into a nearby retention pond, police said. The officer followed him into the water.

Silva swam to the other side of the pond, police said, then while emerging from the water he turned toward the pursuing officer in an aggressive manner.

No physical contact occurred between the two, and it wasn't clear if Silva said anything to the officer.

Police said the officer, who was still in the pond, feared for his safety and opened fire. Silva was shot and was taken back to the hospital, where he was pronounced dead.

The officer, whose name was not released, was not hurt. Police said Silva had no weapon.