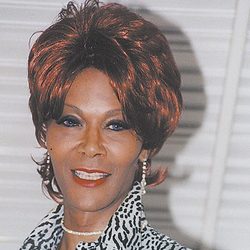 Nizah Morris, was found on December 22, 2002 lying in the street, comatose and bleeding from a severe injury to her head. EMS took her to Thomas Jefferson Hospital, where she died on Christmas Eve, having never regained consciousness.

Accounts differ as to what occurred to cause Morris' death. Dispatch records show that Officer Elizabeth Skala responded to a 911 call from a bar in Philadelphia’s “Gayborhood” section of Center City on Dec. 22, 2002. There she encountered Morris, a transgender woman. The 911 caller had reported a collapsed person in need of an ambulance, which was en route—until Skala canceled it, the police department admitted.

Skala later told police investigators that Morris asked her to go to 15th and Walnut streets, about four blocks away from the bar and several miles from Morris’s home in West Philly. Morris got out of the car of her own strength, Skala said, upright and refusing further assistance. She was found within minutes by a pssing motorist, lying in the street.

There were  a number of inconsistencies in the officer's story. Officer Skala didn’t report giving Morris a ride to 15th and Walnut in her official log. The bar patrons also said Morris was far too drunk to have left Skala’s car on her own, which is supported by a hospital toxicology report that found her blood alcohol level to be more than three times the legal limit for intoxication.

While the commission slowly investigated, Morris' mother filed a wrongful death suit against the city and the Key West Bar and settled it for $250,000.