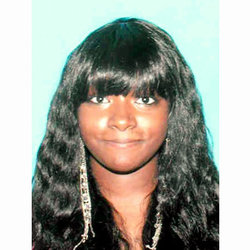 19 year-old Nimali Henry was found unresponsive on the floor of a cell in in St. Bernard Prison around 7:45 a.m. April 1, 2014 and despite medical treatment, she later was pronounced dead, according to corrections officers.

Henry had been incarcerated on March 21 as a result of a domestic dispute after attempting to see her then-4-month-old daughter. Her daughter and the girl's father, Conners, then 18, had been at another woman's home in eastern St. Bernard. Henry showed up there and entered the residence despite being told not to enter, according to the Sheriff's Office report on the incident.

On January 15, 2015, a federal civil rights suit was filed on behalf of Henry's infant daughter.

On December 3, 2015, it was reported that four correctional officers from St. Bernard Parish Prison were indicted for violating Henry's civil rights. A grand jury said the officers deliberately ignored serious medical needs of 19-year-old Nimali Henry had which led to her death.

The indictment charged that Captain Andre Dominick, Corporal Timothy Williams, Deputy Debra Becnel and Deputy Lisa Vaccarella each knew that Henry had serious medical conditions and willfully failed to provide her with necessary medical attention.  As a result of the lack of medical attention, Henry died at the St. Bernard Parish Prison on April 1, 2014.

The indictment also charged each of the defendants with making a false statement to the FBI.

During Henry’s 10-day stay in parish custody, she was found unresponsive on the floor of her jail cell and later died. Henry suffered from kidney, and congestive heart failure; as well as thyroid disease.

In September 2018, a former correctional officer from the St. Bernard Parish, Louisiana pleaded guilty to denying medical help to Henry, according to federal court records.