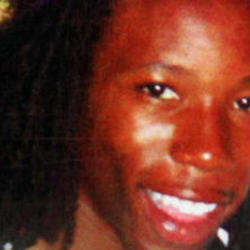 Proano testified at the Daley Center trial that he and two other officers grabbed Husband by the arms and tried to free the girl from his grip. As they wrestled with him, Proano told jurors, he felt the butt of a gun in Husband's waistband. He said he yelled out "Gun! Gun!" a transcript of his testimony shows. Proano said he tried to wrest the weapon from Husband but was afraid it would go off and wound the young woman or someone else.

After another officer tried unsuccessfully to deploy a Taser, Proano drew his gun and fired three times. A statement from the police news affairs office that night said Husband had reached for his gun and pointed it at the officers, prompting Proano to shoot Husband in fear of his life.

An autopsy report showed that Husband had been shot three times in the chest. The first two shots came from about two feet away, but the third shot was a "contact" wound — an indication from burn marks on the skin that Proano had pressed his gun directly against Husband's chest before pulling the trigger, the autopsy found. The trajectory of that bullet suggested Husband was already on the ground when it was fired.

Husband, who weighed just 135 pounds, had no drugs or alcohol in his system at the time of his death, the autopsy found.

A Cook County judge ruled Tuesday her controversial decision to negate a $3.5 million jury verdict in a wrongful death lawsuit over a fatal Chicago police shooting should stand.

Associate Judge Elizabeth Budzinski threw out the jury's award of damages in November.

The jury had found Officer Marco Proano had used unjustified force in killing 19-year-old Niko Husband in 2011. But in answering "yes" to a written question as part of their decision, jurors contradicted the verdict by indicating Proano had a reasonable belief that his life was in danger when he opened fire.

In asking Budzinski to reinstate the $3.5 million award, lawyers for Husband's mother, Priscilla Price, had argued the wording of the question was confusing.

But in her 11-page ruling, Budzinski wrote that even though several jurors signed sworn affidavits that their intent was to find the officer liable of excessive force, there was no "reasonable hypothesis" to reconcile their verdict with their answer to the question, known in legal terms as a "special interrogatory."

The judge held that the use of juror affidavits was "improper and may not be considered."

Lawyers for Price could not immediately be reached for comment, but they have said they expected to appeal if the judge ruled against them.

On February 21, 2018, the Illinois Appellate Court overturned a controversial decision by a Cook County judge and reinstated the $3.5 million verdict against the city of Chicago in the fatal 2011 police shooting of a black teenager. The unanimous opinion said Judge Elizabeth Budzinski erred when she reversed the verdict on a legal technicality.