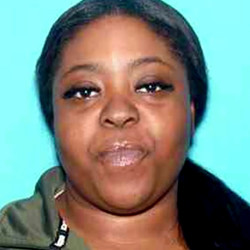 Nika N. Holbert, 31, was killed in Tennessee by Metro Nashville Police Officer Josh Baker who was rushed into surgery following a shootout in a parking lot, graphic video shows.

Footage of the Friday morning encounter shows the 14-year veteran cop deploying his Taser on the woman while ordering her to get out of a car.

Baker then tries to take the woman into custody as she yells and reaches for a handgun, opening fire on the officer, who shoots back and fatally wounds Holbert, the intense footage shows.

“Ma’am, you’re about to get tased,” Baker tells Holbert as she begins to run away as the officer tries to put her in handcuffs, according to the video. “Get down! Get down on the ground!”

Holbert, who was smoking a cigarette at the time, ignores the cop’s commands and gets back into the car, where she is hit with the stun gun. She then screams for help while struggling with Baker as she sits in the driver’s seat and appears to reach for a weapon, the footage shows.