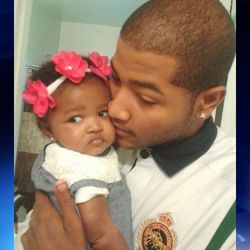 When Kenneth Owens, an officer with the Smyrna Police Department near Atlanta, fatally shot 24 year old Nicholas Thomas on March 24, 2015, Owens said he feared for his life at the time. Officers said Thomas had been driving a car toward them and that he stepped on the gas, which left police with no choice but to shoot. Investigators with the Cobb County Police Department and the Georgia Bureau of Investigation said the officers' use of deadly force was justified. In response, the Smyrna Police Department released a statement on Friday that said it is "satisfied this incident was thoroughly scrutinized, investigated and evaluated." However, the medical examiner determined that Owens killed Thomas, a black man, by shooting him in the back; calling into question whether Thomas was threatening anyone the moment he died.

On Thursday, July 9, 2015, a grand jury sided with Officer Owens and chose not to indict him.

On Wednesday July 22, acting U.S. Attorney John Horn and his Civil Rights Division met with the family and their attorney as federal authorities opened an investigation in the case.