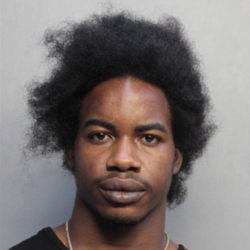 Neico Crooks was killed in October 19 by police on patrol.

According to police, Crooks, 21, was found dozing inside a stolen SUV at about 4:46 a.m. Friday. After he took off, police say, he was shot at and crashed into a house where a family was sleeping.

Miami Gardens Police Chief Delma Noel-Pratt told the Herald on Friday that an officer was on a routine patrol early that morning when he saw the the 2013 black Lexus RX350 on the 100 block of Northwest 189th Street. Crooks was inside.

When the officer ran the license plate and it came back stolen he called for backup. Two officers the approached the Lexus and as they got Crooks’ attention, Noel-Pratt said he took off and hit one of the officers with the car. Another officer was also injured.

Police shot at the getaway car and Crooks careened into a home across the street. The family inside the house was not hurt