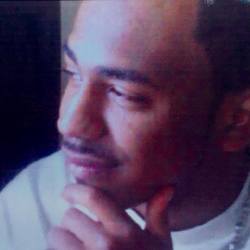 Nathaniel Wilks was fatally shot by Oakland Police on August 12, 2015. Family of Wilks are disputing police findings and accounts from witnesses that he was pointing a gun at officers. Police have said the shooting occurred shortly after 2:30 p.m. when a robbery suspect crashed his car during a police pursuit and allegedly tried to carjack another vehicle and then advance on officers with a gun. Family and friends at the event identified the man killed as Nathaniel Wilks. As the vigil, Wilks’ friends and family said they have heard conflicting stories from other witnesses.

“People that we personally know that were there said that he was not armed, he was not confrontational, and he was running but he was slowing down, trying to surrender saying ‘Ok, Ok, Ok,’ with his hands up. So something is not matching up,” said Jasmine Marshall, a family friend.

A crowd gathered at 27th Street and Martin Luther King, Jr. Way Friday evening for the vigil. Protesters, neighbors and family members had a series of demands. “We want the chest cam video. We want to get a second autopsy,” Marshall said.