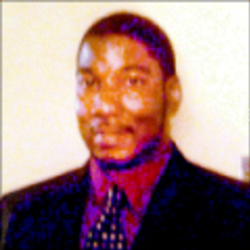 D.C. police shot and killed a carjacking suspect Wednesday during a gun battle in Southeast Washington, less than an hour after a separate round of police gunfire in Northeast, authorities said.

The confrontations in neighboring police districts were unrelated, police said, and occurred about 45 minutes and eight miles apart. But two shootings involving police officers in such a short time is not typical.

“First time it’s happened since I’ve been chief,” said Police Chief Cathy L. Lanier, who has run the department since 2007. Lanier was at the scene of the first shooting in Northeast when the call went out about the second incident.

The second shootout occurred about 2:15 p.m. in the 800 block of Barnaby Street SE after a car was stolen at gunpoint from a woman in Southwest, police said. The victim flagged down a passing officer who broadcast a description of the stolen vehicle, a black Pontiac sports car.

Lanier said officers saw the car and chased it briefly. She said the car’s driver stopped on Barnaby outside the Gregory Apartments, a white, four-story building in the Washington Highlands neighborhood, near the Maryland line.

Lanier said the driver “exited the vehicle and turned toward a police officer.” She said the man “pulled a weapon and the officer engaged.” Police said that at least three officers were on the scene but that it was unclear how many fired at the man, who was fatally wounded. He was identified as Nathaniel McRae, 34, of Northwest Washington, police spokesman Hugh Carew said in a prepared statement late Wednesday.

McRae was transported by D.C. Fire and EMS from the 800 block of Barnaby Street SE after the 2:20 p.m. officer-involved shooting. While driving to the hospital, the ambulance's engine light came on, indicating the vehicle had to be shut down, said Fire and EMS spokesman Tim Wilson.

The ambulance broke down on D.C. 295, Wilson said. "Within minutes another unit was available to take the patient to an area hospital," Wilson said.

McRae was moved to another ambulance and taken to the hospital where he was pronounced dead. Wilson did not know how long it took for the second ambulance to arrive or the total time it took to transport the patient.