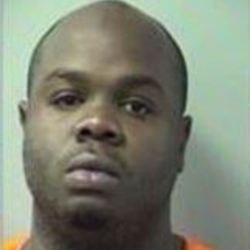 The Okaloosa County Sheriff’s Office is investigating an inmate’s death at the county jail early Friday.

Fort Walton Beach police had arrested Nathaniel Harrison Edwards, 31, of 11 Hardie Lane in Fort Walton Beach, shortly after midnight on an outstanding warrant of felony battery-domestic violence, according to a press release from the Sheriff’s Office.

During a search at the jail, Edwards was caught trying to conceal a plastic bag containing methamphetamine. The Sheriff’s Office then charged him with possession of a controlled substance and smuggling contraband into a detention facility.

Edwards became combative about 3:50 a.m. and had to be physically controlled by corrections staff, according to jail officials.

Edwards became unresponsive and was taken to North Okaloosa Medical Center in Crestview, where he was pronounced dead.

The investigation is ongoing.