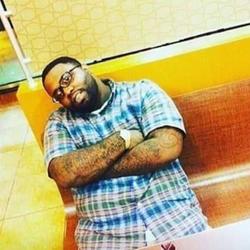 Myron Flowers was a back-seat passenger in a vehicle stopped late Friday in Clinton for an equipment violation, and though the driver complied with officers, Flowers did not, according to East Feliciana Sheriff’s Chief Criminal Deputy Greg Phares.

“The driver of the car ... was apparently compliant and cooperative, but when the officer attempted to question Mr. Flowers, who was in the rear seat, he noticed a gun in Mr. Flowers’ pocket,” Phares said at a news conference Monday afternoon. “He attempted to secure that gun, and Mr. Flowers struggled with him, and that’s how it started.”

Phares said State Police, who are assisting in the investigation, have not yet processed forensic evidence from the scene that could prove Flowers also fired one of his weapons at the officers.

However, Phares confirmed that deputy Cullen Wilson, who made the initial traffic stop, and Clinton police officer Richard Boudoin fired their weapons during the encounter, killing Flowers. Boudoin had been called to provide backup to Wilson, Phares said.

And despite noting that investigators have yet to examine or get results back on physical evidence, Phares said results of the initial investigation show that the shooting was justified.

“The information we have at our disposal now indicates that both officers acted legally within the provision of (the) law,” Phares said.

There is no body or dash camera footage of the incident, however, Phares said there is a low-quality video from a local business, which investigators are reviewing.