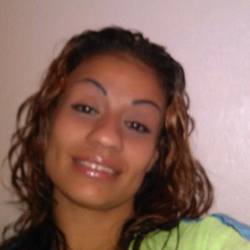 Deputies said Mylynda Martinez was on the run after they tried to pull her over for a traffic infraction. Authorities called her a known drug user with a suspended license, and they had been following her from a drug house in Leesburg.

Troopers said Martinez, 27, was on County Road 33 last night, fleeing Lake County deputies, when she lost control of the car, which had been disabled by spike strips, and went into oncoming traffic. Martinez then crashed head-on into the Escalade driven by Kimberly King, 46, of Groveland, killing them both.

Before the crash, authorities said, Martinez had already maneuvered around several sets of spike strips placed by other agencies.