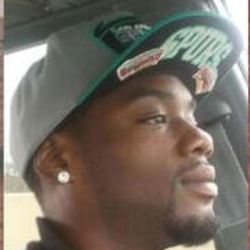 A man was shot and killed outside of a casino Thursday evening as a result of an apparent road rage incident.

According to family members, the incident occurred around 8:00 p.m. Thursday.  They say Montrell Moss, 23, was driving to the Horseshoe Casino to have dinner.  He was headed north on Indianapolis Blvd. — his girlfriend was in the passenger seat, 3 boys in the back seat: his son and her two sons.

Police say right before they got to the casino, there was a road rage incident involving the driver of a gold Chevrolet van.  Moss’s girlfriend says Moss threw a full cup of water from a fast food restaurant that hit the van.

In retaliation– the driver of the van pulled out a 9mm handgun and shot Moss in the neck.  He was pronounced dead at St. Margaret Hospital a short while later.

Back at the crime scene, which is right across the street from the Horseshoe Casino entrance, police were interviewing witnesses when the van drove by.  Police say a witness identified the van and the driver. Police pulled him over, found the gun and a shell casing, and took him into custody.

Moss’ friend, Pattie Rosado, said “They were just going to the Horseshoe Casino to have dinner and then you cut someone off, and he’s in the car with his kids, and the baby saw the shooting, it’s senseless.”

Friday afternoon, friends and family members comforted each other, as they tried to understand how a stupid act of road rage could lead to murder.

Jerry Glover, Moss’ stepfather, said “It’s hard to believe. You’re here one day, then gone the next, over road rage.”

A Cook County Jail correctional officer is being fired after he was allegedly involved in the fatal shooting of a motorist following a dispute on Thursday, officials with the Cook County Sheriff’s Office said Sunday.

Edgar Singleton Jr., 61, was charged with murder after he allegedly discharged his weapon following a dispute with a fellow motorist in Hammond, Ind., resulting in the man’s death, according to sheriff’s spokesman Ben Breit.