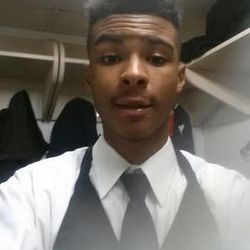 Monroe Bird III was shot Feb. 4 while in a car at an apartment complex in the 8800 block of South Delaware Avenue. Tulsa police said Bird was in the vehicle with a teenage girl when a security guard approached the car and asked for their identification. The guard, identified by the District Attorney’s Office as Ricky Stone, told police he believed that the couple were “engaged in sexual activity.” Homicide Sgt. Dave Walker said Stone told police that Bird then drove the vehicle backward, striking him. Stone told police he responded by firing a shot into the rear window of the vehicle, then shooting two more times at its tires as it drove away. Bird was struck in the neck and was paralyzed by the injury, according to police. The girl was in the vehicle as shots were fired into it but fled before police arrived.

On July 2, 2015 family members confirmed that Monroe Bird had passed away.

Attorneys representing the family of Monroe Bird said a toxicology report showed the guard was under the influence of drugs at the time of the shooting.

On August 7, 2015, The Bird family filed a wrongful death lawsuit against the security guard.