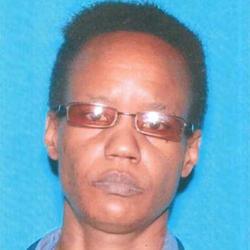 The woman, identified as 43-year-old Monique Jenee Deckard, was fatally shot by officers outside her apartment about 5:30 p.m. after she stabbed a woman in the back with a knife at a local laundromat, Anaheim police said.

An Orange County jury returned a rare verdict this week against law enforcement, finding Anaheim police liable for the death of Monique Deckard. The 43-year-old woman suffered from mental illness when she charged at officers from her apartment on March, 8 2015 with two knives in her hands. Three cops opened fire in the department's first fatal shooting captured by body-worn cameras.

After two days of deliberation, the jury found on Monday morning that Anaheim police were 25 percent at fault for her death, with Deckard accounting for the rest of the responsibility. They awarded $700,000 in non-economic damages in addition to $14,000 in funeral and burial expenses yesterday afternoon. But with the liability percentage factored into the former, the total payout becomes $189,000.

"Anytime that a jury finds a liability on the defendants' part, it's a win," John Sweeney, the Deckard family's attorney, tells the Weekly. "I thought the officers were wrong and negligent in their pre-shooting conduct and the jury agreed with me." What Sweeney doesn't agree with is that the jury held Deckard mostly at fault for her death despite being mentally ill. He is considering a motion for a new trial based on the liability verdict.

"Our thoughts go out to all touched by this unfortunate incident, which shows the difficulty and complexity of situations our officers face," Anaheim spokesman Mike Lyster says. "We thank the jurors for their time and consideration."

Sweeney, who was mentored by the late Johnnie Cochran, argued that Deckard didn't need to meet a violent death that day, claiming officers acted negligently numerous times. "It was a case that had to be tried," he says. Two hours before the shooting, Deckard's brother called Anaheim police worried about his sister's mental instability and stated desire to get a gun. Sergeant Lorenzo Glenn also learned of her mental problems when he arrived to a laundromat where she earlier had tried to stab a woman, wounding her superficially.

Based on the lack of communication, Sweeney maintained, officers arrived to Deckard's apartment on the 900 block of South Roberts Street looking for a suspect in a felony assault, not a 5150 mental health call. With body camera footage entered as evidence, Sweeney also argued that police set up a barricade too close to her front door, leaving officers Kevin Flanagan, Dale Miller and Jonathan Nooitgedagt with no choice but to use deadly force when she charged out of her apartment with knives in hand.

Anaheim city attorney Moses Johnson, known for paltry pre-trail settlements when not winning court decisions, countered by saying Deckard's death constituted "suicide by cop." According to Sweeney, the city offered very little money to settle the matter before going to trial. He asked jurors, in turn, to award $4.75 million in damages.

The attorney had the opportunity to introduce body-worn camera footage as evidence throughout, using them to argue the police barricade at the courtyard of Deckard's apartment left officers with no distance or time to have any options but deadly force.

"We didn't have to depend on any witness to see what happened," Sweeney says. "Body-worn cameras were a good thing and helped me proved my case."