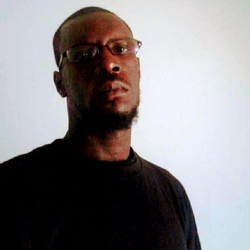 Momodou Lamin Sisay, the 39-year-old son of a retired United Nations employee, was fatally shot by a police officer in Snellville, Ga., in the early morning hours of May 29.

Although the police say Mr. Sisay shot at them before he was killed, the outcry over his death reflects the mounting public skepticism over American police departments’ use of force against black men.

A protest march against police brutality planned in Snellville in the coming days, spurred by the death last week of George Floyd in the custody of the police in Minneapolis, will also include the case of Mr. Sisay.

In Gambia, many people took to social media to deplore the incident and criticize their government for not speaking out sooner.

One of the country’s most prominent human rights activists, Madi Jobarteh, started a petition protesting Mr. Sisay’s death, which he said would be delivered to the United States embassy in Banjul on Monday. If the nation’s coronavirus restrictions are lifted by then, he said there would also be a protest outside the embassy.

Mr. Sisay’s father, Lare Sisay, who worked for the United Nations before he retired, described his son as “very pious” and someone who “goes to the mosque and prays.”