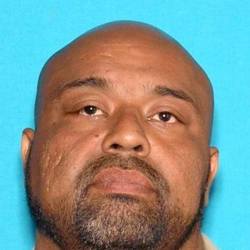 Authorities shot and killed 42 year old Moises Nero after he reportedly charged at officers with a knife at an apartment Thursday, according to the Sunnyvale Department of Public Safety. Nero lived at the Ayala Drive complex with a female relative who had called police just after noon to report a sexual assault involving him, police said. Officers responding to the call went to the Palms Villa Apartments and were confronted by Nero, who was seen carrying a knife, police said. Nero reportedly charged at them, prompting three officers to fire their weapons at close range. Nero was wounded and taken to the hospital, where he was pronounced dead.