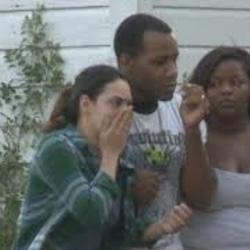 Mentally ill 28-year-old Mohamed Ibrahim died after being shot 29 times by police. Cpl. Marcus Hines with Shreveport Police says the suspect began with a purse snatching incident. Eventually, deputies with the Caddo Parish Sheriff’s Office spotted the Ibrahim's vehicle on Interstate 220 headed westbound near the North Market Street interchange. Deputies attempted to stop him, but they engaged in a pursuit through Bossier City and then back to Shreveport, and finally stopped his car in the 2900 block of Holly Street north of East Kings Highway. Cpl. Hines says Ibrahim got out of the car, showing a handgun. Officers from the Shreveport Police Department, the Caddo Parish Sheriff’s Office and the Centenary College Department of Public Safety fired at Ibrahim striking him multiple times. He was pronounced deceased at the scene. No officers were injured.