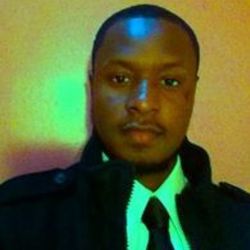 Police shot and killed 30 year-old Mohamed Barry after he stormed into a central Ohio restaurant wielding a machete and randomly attacking people as they sat unsuspectingly at their dinner tables, authorities said.

Four people were injured in the brutal attack Thursday evening at Nazareth Restaurant and Deli, a Mediterranean restaurant in Columbus. The victims were taken to an area hospital and were expected to recover.