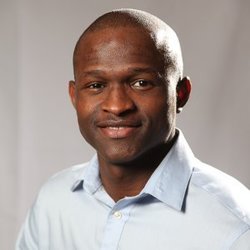 Mohamed Bah, a 28-year-old immigrant from Guinea, who worked as a cab driver and had been a student at Borough of Manhattan Community College, was shot and killed inside his Manhattan apartment by police officers on Sept. 25, 2012.

His mother, Hawa Bah, had called 911 from outside his apartment, asking for an ambulance because her son was acting erratically and seemed unusually depressed. She was surprised to see police, not medical personnel, show up, she said. She grew concerned when officers wouldn’t let her talk to her son in order to calm him down -- as is recommended by NYPD guidelines -- and then asked her to exit the building.

A second set of officers, this time from the Emergency Services Unit, then showed up in tactical gear, broke down part of Bah's door and tried to insert a small camera into his apartment to monitor his activity. According to police statements at the time, Bah then threw open the door and lunged at officers with a knife. But according to Bah family attorney, Debra Cohen, after investigating the case and interviewing officers over the past two years, that never happened. Instead, when an officer fired a stun gun to subdue Bah, it missed and hit another officer, causing the hit officer to fall over and knocking down another.

One officer then possibly mistook the sensation of being tasered for being stabbed and screamed out, “I’m being stabbed! Shoot him!” Three officers then fired 10 shots, striking Bah seven times. He took three bullets in his stomach and lower chest and three in his upper left arm and shoulder. The seventh and final shot, which hit Bah in the side of the head, was fired from close range in a downward trajectory, the autopsy showed, even though Bah was over 6 feet tall, which, combined with officers' testimony, Cohen said, means “the only logical explanation is that a police officer straddled Mr. Bah while he was still alive and breathing on the ground, bent over and shot him in the head to finish the job... when he was a threat to no one.

On July 5, 2016, newly unclassified documents revealed that Lt. Michael Licitra broke chain of command by commanding Emergency Services Unit officers to break into the home of Mohamed Bah. Licitra “failed to await authorization from the duty captain prior to taking additional action against an armed emotionally disturbed person who was contained, and posed no immediate threat of danger to any person,” NYPD Capt. Perry Natale wrote to the lieutenant in June 2014.

The lieutenant who ordered police to burst into a mentally ill man's apartment received only "a slap on the wrist" from the NYPD for improperly escalating the fatal confrontation. The “Letter of Instruction” — one of the lightest forms of discipline within the NYPD — was approved by then-Chief of Department Philip Banks and Commissioner Bill Bratton.

In an important victory in the fight against police brutality, a Manhattan federal jury Nov. 14 issued a $2.21 million civil judgment against the New York Police Department in the 2012 death of Mohamed Bah. It took the jury only hours to find that Detective Edwin Mateo used excessive force in firing the shot that killed Bah.