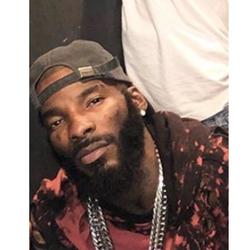 According to JPSO Sheriff Joseph Lopinto, deputies attempted to stop a red Dodge Ram near the intersection of Ames Boulevard and the Westbank Expressway around 10:20 p.m. The driver refused to stop and continued driving leading deputies on a brief vehicle pursuit.

The family identified the suspect as 35-year-old Modesto Reyes. They say that he is a welder and was working at the Hard Rock construction site when it collapsed.

The pursuit soon ended near the intersection of Ames Blvd. and Salome Street where the driver exited the vehicle and fled on foot. The suspect ran eastbound on Salome St. and turned southbound on Eiseman Avenue. He later tripped and fell in the 500 block of Eiseman Ave. where deputies caught up to him.

Lopinto says as the deputy approached the suspect to handcuff him, the suspect turned around and aimed a gun at the deputy. The deputy fired multiple shots at the suspect striking him. The suspect was later pronounced dead at the scene.

According to investigators the suspect was found to be in possession of two firearms that were recovered at the scene and narcotics.

The victim’s family and friends say he was unarmed, only holding a cell phone when he was shot.