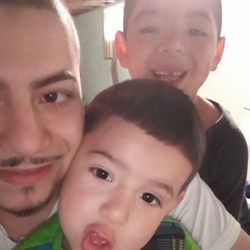 Chicago police say Miguel Vega was shot after officers were fired upon as they got out of their car about 10:45 p.m. The officers had been responding to a call of a suspicious person when they noticed a group standing on the sidewalk, police said.

Officers returned fire and hit Vega, according to the statement. He was taken to Stroger Hospital, where he died hours later, his family said. Two people were arrested and two others remained at large. A gun was recovered from the scene, police said.

The department’s preliminary statement does not include many details, including whether Vega was seen firing a gun or whether anyone else in the group was armed. No charges have been announced against those taken into custody.