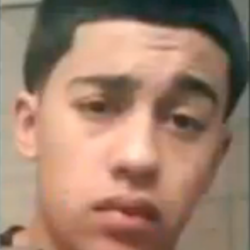 Two brothers in a stolen police SUV died early Wednesday morning after a standoff that closed Interstate 35E near Waxahachie. Italy police have identified the two men as Miguel Martinez, 19, and Daniel Dankert, 23. One is suspected of suicide, the other was shot and killed by officers. "It's kind of a sad deal," said Italy police Chief Shawn Martin. "You never want to see anybody lose their life." For more than two hours, deputies used the two-way police radio in the stolen cruiser to negotiate with the men inside. The drama was heard live by thousands of people across the country who found the audio feed on the Internet.