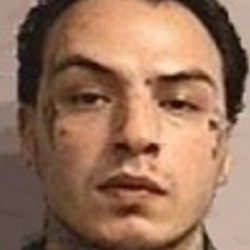 A 28-year-old fugitive was killed late Sunday in a shootout with Denver SWAT officers who made a tactical entrance into a home following a 5½-hour standoff.

The name of the suspect has not been released. The Denver Medical Examiner’s Office plans to confirm the man’s identity, notify family and release his name to the public.

Two SWAT officers who were involved in the shooting have been placed on administrative leave pending the outcome of an investigation. The action is routine in police shootings.

Police were called to 305 S. Alcott St. at 5:30 p.m. Sunday on reports of a shooting, said Doug Schepman, a police spokesman.

The suspect had injured himself during the shooting, but refused to leave the home.

“He was the only one in the home,” said Sonny Jackson, a police spokesman.

The suspect lived in a small “mother-in-law” home in the backyard of the home, said Julian Gomez, 50, who lives across the street.

“It really came out of nowhere,” a neighbor identifying himself only as Justin said. “We heard officers yelling to put something down.”

A few small-caliber rounds were fired and then six to eight large-caliber shots went off, said Gomez.