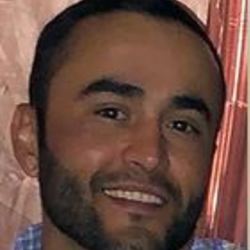 Michael Torres, 35, of Lake Charles died in south Lake Charles after he allegedly charged Calcasieu Parish Sheriff’s deputies with a machete and was shot.

At around 11 a.m. Saturday, Calcasieu Parish Sheriff’s deputies were dispatched to a residence on Highland St. in southern Lake Charles to serve an arrest warrant for domestic abuse and child endangerment.

Deputies were able to secure the child and move him to a safe area away from the residence. The suspect, whose name has not been released, refused to comply with deputy demands.

According to a press release, the suspect then charged the deputies with a machete, at which time deputies shot the suspect. He was pronounced dead on the scene.