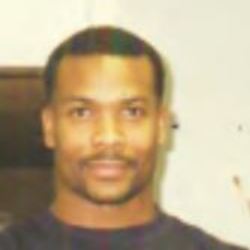 Cause of death: Response to Medical Emergency

Seattle has had its own casualties in the conflict between communities of color and police over the years: John T. Williams, Aaron Roberts, David Walker, Michael Randall Ealy and so many others. In March of 2011, the US Department of Justice (DOJ) recognized that the problem of SPD officers’ use of excessive force (including lethal force) was so great that they chose to launch a civil rights investigation. Nine months later, the DOJ found that “SPD has engaged in a pattern or practice of excessive force that violates the Constitution and federal law. Our investigation further raised serious concerns that some SPD policies and practices, particularly those related to pedestrian encounters, could result in discriminatory policing.” The City of Seattle and SPD made an agreement (a “consent decree”) with DOJ to make numerous reforms, particularly around biased policing and use of force policies, but many of these have not been put into action, for reasons to be examined later.

During the DOJ investigation, however, many observers noted that SPD already has an oversight body, known as the Office of Professional Accountability (OPA). Created by the City Council in the wake of the 1999 WTO protests, the OPA’s mission is to record and investigate community members’ complaints about police misconduct and supposedly ensure that police officers would face actual consequences when their use of force isn't found to be justified. A clear question arose out of the DOJ’s findings: how could the OPA have missed the “pattern or practice of excessive force” by SPD?

The answer is simple: the OPA, while frequently billed as “independent” and “civilian” is a department of SPD itself, and all its meaningful operations are in the hands of police officials: investigations of complaints  against officers are carried out by other SPD officers, and final decisions around discipline of officers are made by the Chief of Police. The OPA has civilian staff (including a director, auditor, some deputy directors and administrative staff) and a seven-person Review Board (known as OPARB), but their work is primarily at the middle of the process, reviewing the results of investigations (again, carried out by SPD officers of other SPD officers) and forwarding recommendations for any potential discipline to the Chief, who again, has final say. (For nearly fifteen years, the OPA Director's office was actually located right next to the Chief of Police's office; the department finally moved to its own “independent” space in 2014).