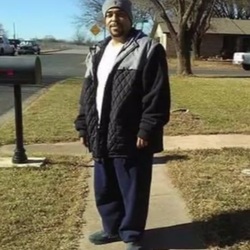 Michael Ramos, 42, was shot April 24 in a confrontation with officers at a Southeast Austin apartment complex after a 911 caller reported that a person possibly involved in drug dealing had a gun.

Authorities have said that Ramos did not comply with police orders and that officer Mitchell Pieper shot him with less lethal bean bag ammunition. A copy of the police report is available online. Video from witnesses shows Ramos had his hands in the air when he was struck.

Soon after, Ramos got into a car and began driving. That is when officer Christopher Taylor fired at the moving car and struck Ramos, who died of his injuries.

During a Monday news conference, Manley said investigators executed a search warrant two days later and found no firearm inside or around Ramos’ vehicle.

In June, Austin Police delayed the release of body camera footage in the police killing of Mike Ramos due to police failure to follow proper procedure, according to City Manager Spencer Cronk.

The special grand jury in the Mike Ramos case will be impaneled in August, according to a statement from the Travis County District Attorney.