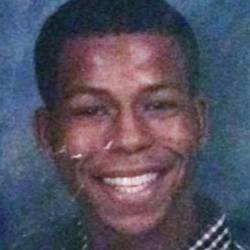 Michael Noel, was shot and killed by police who responded to calls from his family to help him during a mental breakdown. State Police say the shooting happened around 6:47 p.m, December 21, 2015. Police say Noel was in his early thirties, a father, and had special needs. They said his mother had called an agency earlier Monday, because Noel was having a "Breakdown," and they wanted him to go to a hospital. When time passed, and no one arrived, that's when they called the St. Martin Parish Sheriff's Office. They say they wanted help from deputies to "calm him down," restrain him, and take him to the hospital. They say they've called the St. Martin Parish Sheriff's Office before, and deputies have responded, and were familiar with their situation. Noel's aunt, who was in the house and present during the shooting, says deputies put a handcuff on Noel, but had difficulty putting the other one on his wrist. She says Noel was resisting the deputies, because he didn't want to go to the hospital. She says Noel was tased twice, and then was shot in the chest by a deputy.

May 2016 officers cleared - no charges