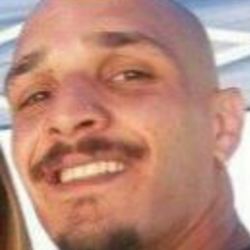 Michael Nida, a 31-year-old Latino, was shot and killed by Downey police Saturday, Oct. 22, on Paramount Boulevard, south of Imperial Highway in Downey, according to Los Angeles County coroner's records.

Officers shot Nida about 7:20 p.m. after responding to a report of an armed robbery at a Bank of America branch and encountered a man matching the description of the alleged robber.

The officers detained Nida, but he escaped, running into the yard of a nearby house, Los Angeles County sheriff's officials said. Police surrounded the area but Nida ran again, stopping near the intersection of Imperial Highway and Paramount Boulevard, where police captured him again.

He escaped a second time, leading officers on a short foot pursuit. As officers chased Nida, he stopped and turned toward police "in an aggressive manner," sheriff's officials said. Fearing he was armed, officers fired five shots, striking him.