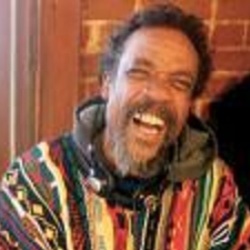 Michael Lee Marshall, a mentally ill inmate who apparently posed no physical threat when three sheriff’s deputies restrained him into unconsciousness at the Denver jail died after nine days on life support. Michael Lee Marshall’s death comes after a long string of use-of-force cases in Denver’s sheriff’s department, millions of dollars in legal payouts and years of promises by Mayor Michael Hancock that violence against prisoners — especially those of color, like Marshall, who was black – will end. Marshall’s scuffle with deputies happened on November 11, less than a month after Hancock appointed a new sheriff, Patrick Firman, as a “change agent” to reform the wayward department.

Marshall, who was 50 and about 135 pounds, was arrested on charges of trespass and disturbing the peace after an incident at a Denver motel. His alleged offense was petty enough that bond in his case was set for $100.

On January 8, 2016, the Denver Post reported that the coroner ruled Marshall's death was a homicide, after he choked on his own vomit while being restrained by six officers. No charges were filed against the officers.