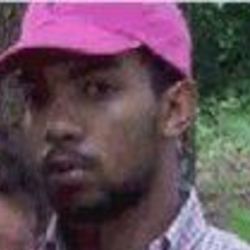 Coweta authorities said a man who fired several shots at a deputy has been shot and killed.

The incident occurred just before 5 p.m. Wednesday afternoon in front of the Wells Fargo Bank on Bullsboro Drive after a deputy identified a motorist with outstanding warrants.

During the stop, the suspect got out of his car and began running. When deputies yelled at the man to stop, the suspect pulled out a gun and fired six shots at the officer, according to Maj. Tony Grant of the Coweta County Sheriff’s Office.

The suspect then ran into a wooded area near the Toyota car dealership. Authorities were able to create a perimeter and corner the man.

According to Grant, the suspect left a woman and baby in the car when he fled.