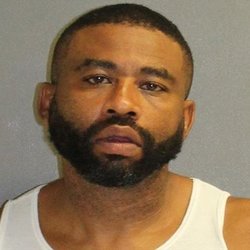 44-year-old Michael Harris  was shot and killed by Daytona police officers attempting to take him into custody relating to a murder case. Two Daytona Beach Police officers were injured and a suspect sought in connection with an attempted murder case was killed Saturday afternoon in an exchange of gunfire.

Two officers were injured, the first officer taking a bullet to their bulletproof vest and the other one fell injuring his neck and back.

Both officers are at Halifax Health Medical Center and are expected to make a full recovery.

Daytona Beach and Holly Hill police officers responded to a tip on the location of a suspect in an attempted murder case from two weeks ago, authorities said.

When they entered an apartment at Casa Espanola at 1629 Espanola Avenue, a man fled into a back bedroom, according to police.

Police officers were trying to take Harris into custody. Police said there was an active warrant for Harris, who was wanted in connection with a shooting involving a woman on Aug. 18.