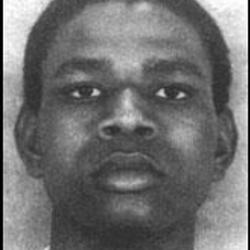 Michael Donald was born in Mobile, Alabama, in 1962. He attending a local trade school and worked part-time at the Mobile Press Register.

In 1981 the trial of Josephus Andersonan, an African American charged with the murder of a white policeman, took place in Mobile. At the end of the case the jury was unable to reach a verdict. This upset members of the Ku Klux Klan who believed that the reason for this was that some members of the jury were African Americans. At a meeting held after the trial, Bennie Hays, the second-highest ranking official in the Klan in Alabama said: "If a black man can get away with killing a white man, we ought to be able to get away with killing a black man."

On Saturday 21st March, 1981, Bennie Hays's son, Henry Hays, and James Knowles, decided they would get revenge for the failure of the courts to convict the man for killing a policeman. They travelled around Mobile in their car until they found nineteen year old Donald walking home. After forcing him into the car Donald was taken into the next county where he was lynched.

A brief investigation took place and eventually the local police claimed that Donald had been murdered as a result of a disagreement over a drugs deal. Donald's mother, Beulah Mae Donald, who knew that her son was not involved with drugs, was determined to obtain justice. She contacted Jessie Jackson who came to Mobile and led a protest march about the failed police investigation.

Thomas Figures, the assistant United States attorney in Mobile, managed to persuade the Federal Bureau of Investigation (FBI) to look into the case. James Bodman was sent to Mobile and it did not take him long to persuade James Knowles to confess to the killing of Michael Donald.

The two Klansmen who carried out the ritualistic killing were eventually arrested and convicted. Convinced that the Klan itself should be held responsible for the lynching, Center attorneys filed a civil suit on behalf of Donald's mother, Beulah Mae Donald vs. United Klans. In 1987, the Center won an historic $7 million verdict against the men involved in the lynching.

The verdict marked the end of the United Klans, the same group that had beaten the Freedom Riders in 1961, murdered civil rights worker Viola Liuzzo in 1965, and bombed Birmingham's 16th Street Baptist Church in 1963.

The group was forced to turn over its headquarters to Beulah Mae Donald, and two additional Klansmen were convicted of criminal charges.