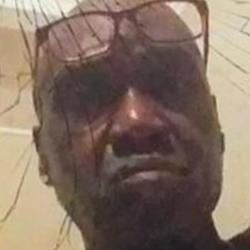 62-year-old Michael 'Blue' Thomas, was killed in his home on early Thursday, June 11, morning when deputies responded to a call regarding a domestic dispute. The cops claim that they shot Thomas who was a disabled man when he tried to take one of their firearms. Thomas's fiancee, Kimberly and the family's attorney Bradley Gage are skeptical of the police's claims and have maintained that he was very simply turning away from the officers when they had opened fire on him.

The family also insisted that Thomas had been unarmed at the time and had not been hurting Kimberly. The two had been having a verbal argument. The family attorney Gage spoke to The Daily Beast and said, "There is no doubt in my mind that if Mr. Thomas was white, he would be alive today."

According to deputies, Thomas came to the door but refused to comply with their orders. While speaking to CBS, Kimberly said,  "I heard Michael say, 'I have a right to not let you in the house'." However, her account differs from those of deputies from here.

The authorities have said that the incident had taken place at around 5:30 am when Kimberly made the call over a domestic violence incident. The police have said that she later told them that Thomas had assaulted her. They also said that when they arrived and tried to detain Thomas, he did not comply leading to a struggle. In a statement, the police said, "During the altercation, the suspect reached down and attempted to gain control of one of the deputy's firearms. It was at that time when a deputy-involved shooting occurred."

Their lawyer shared that Thomas did not own a weapon and that he and Kimberly were having just a verbal argument. The pair had lived together for 21 years. He said: "They broke the front down and they grabbed Mr. Thomas immediately. As they were holding him, they hurt him by twisting his arm. At that point, because he was uncomfortable, Mr. Thomas tried to move and one deputy just stepped back and shot him."