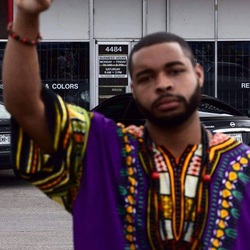 Mayor Mike Rawlings said Friday that Johnson -- killed by a law enforcement robot carrying a bomb -- was believed to be the lone gunman. But police are still looking into Johnson's background and whether anyone else knew about his plans.

A section of downtown Dallas was still closed to the public Saturday and could be off-limits for days to come.

The area where the shooting occurred was flanked mostly by media, with some onlookers also taking an interest in the large crime scene. Dozens of yellow, numbered evidence markers were on the ground, and FBI agents were carefully walking over every inch of the scene Saturday morning.